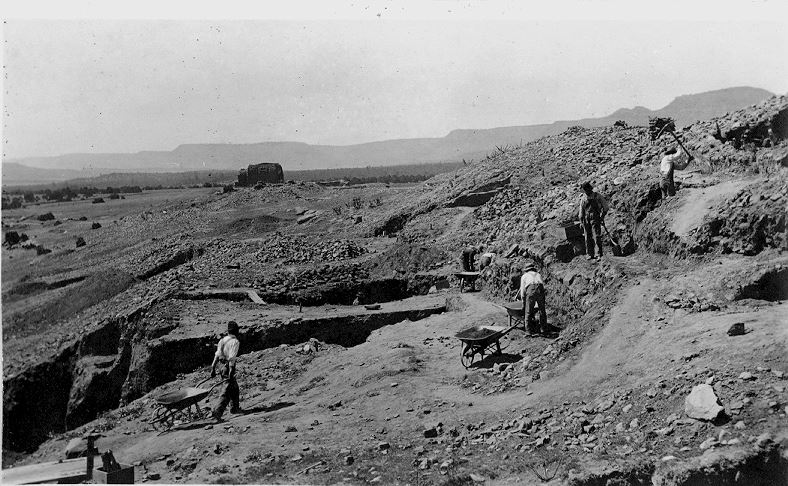 Here the trail rests on trash and debris accumulated from centuries of people living in Pecos Pueblo.  These trash deposits attracted A.V. Kidder to Pecos and his excavations at the pueblo began here:

“It was obvious that we were digging in the greatest rubbish heap and cemetery that had ever been found in the pueblo region… the slope stretched away to the south for nearly a quarter of a mile.  The beds of rubbish were repositories for ashes, house sweepings, table leavings, broken pottery, and discarded implements.  They served as well for the burial of the dead… caused, apparently by no disrespect for the departed, but rather by the fact that the heaps offered as a rule the only soft earth for grave digging in a land of bare rocks and hard-packed clays.”  — A.V. Kidder, 1924